As of Monday 30 March 2020, the main Council Office located at 1 Charles Street, Yankalilla will no longer be providing access for face to face service
Stay Connected

Creation of 'Temporary' Green Space in the Centre of Normanville

Exciting changes are about to commence in the centre of Normanville with the creation of a temporary green space on the site previously known as the Normanville Township Petrol Station at 81-83 Andrew Avenue, Normanville.  The site was purchased by Council in January 2019.

The Normanville Township Petrol Station site ceased selling fuel in December 2019 and operated as ‘Fleurieu Fishing and Outdoors’ until the doors were closed at the site at end of February 2020.

Council has been working with surrounding businesses on the timetable to create the temporary green space and have scheduled the removal of all buildings and infrastructure, including the underground tanks in early March 2020.

The Council Team will then repurpose the site into a useable green field site filled with irrigated turf.  A concept photo of the end result is displayed below.

The green field site is a short-term solution to ensure that the now unoccupied site can be immediately used and not become a vacant boarded up facility prone to vandalism. Council will continue to engage with the community through the 2030 Strategic Planning Process and future targeted consultation to determine a long-term future for the site.

Temporary fencing will be utilised during demolition and until such time as the turf is settled in and in a position to deal with the heavy foot traffic.  Once the fencing is removed the community will be encouraged to make use of the area, including the use of the site for events such as community markets. 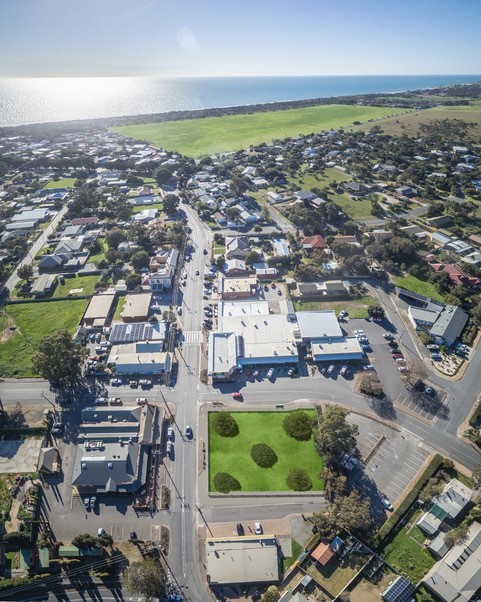